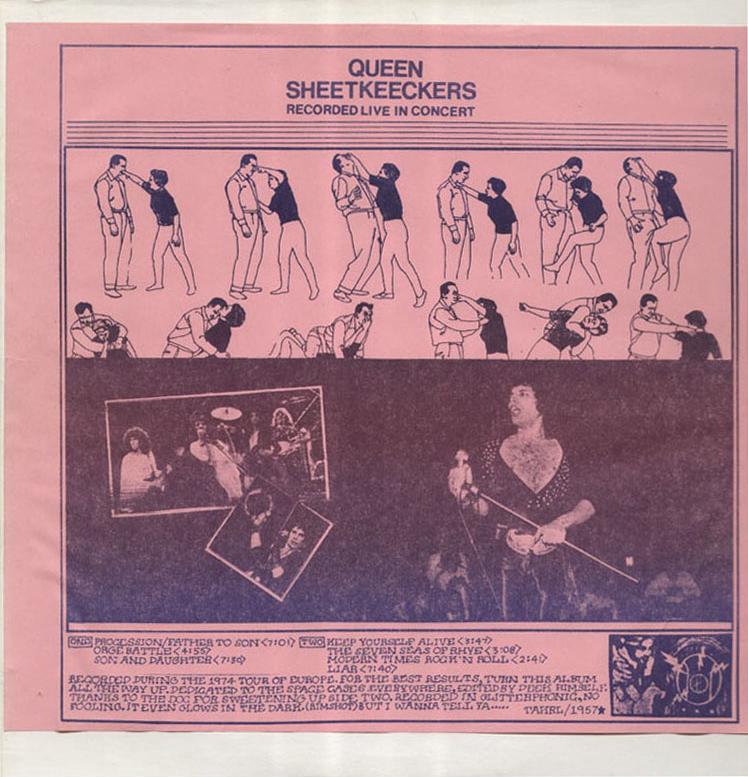 The Queen concert at the Rainbow Theatre (31/03/1974) was the first Queen bootleg out on the market. Released in 1975 has been listed as a BBC ‘In Concert’ show, but it’s not true. This show was recorded by Trident/EMI for a possible officially live release. For some reason this was cancelled but the tape has found the way out on the bootleg market and ended out on vinyl. ‘Ballroom Blitz’ by Sweet follows ‘Liar’. Maybe there’s a reason why the bootlegers choice this track, but who know it?