Browse: Home   /   Invite You To A Night At The Warehouse

Invite You To A Night At The Warehouse 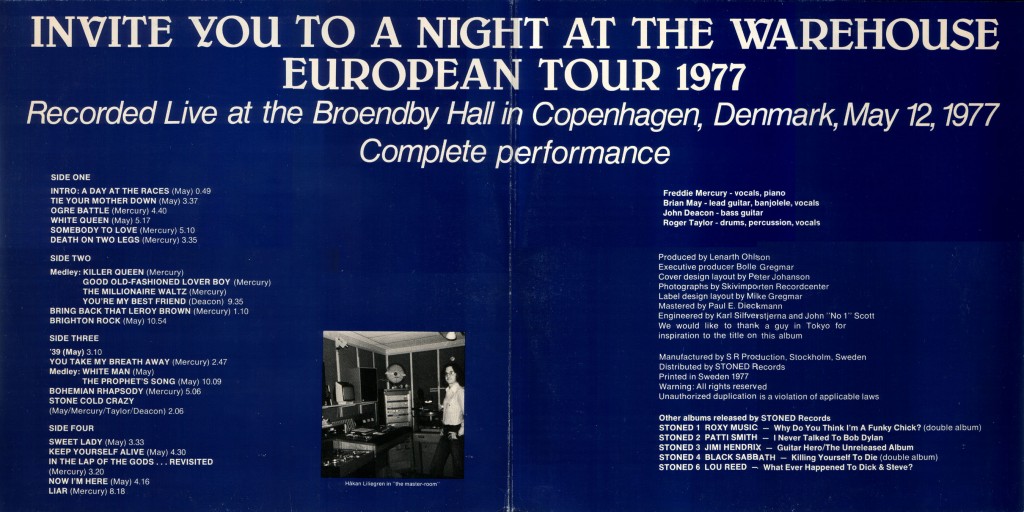 Recorded live at Broendby Hall Hall, Copenhagen, Denmark May 12th, 1977. Audience recording. It’s made in 986 copies. Recorded from row 15. The plan was from row 10, but inside the hall they found out that row 1-5 was A,B,C,D,E. So they end up in row 15. So the sound quality end up a bit lousier, than what they had expected. And one of the microphones also failed, so it’s in mono. For those who hoping for a complete re-release of this nice show, I’m afraid I must disappoint you all. The police sized everything, also the master tape, as evidence in the court. That’s what they told me. The stuff has never been returned. The running order of the songs, has been mixed to fit onto vinyl disc.