We Are The Champions

Written by Freddie Mercury, “We Are the Champions” was built on audience response, with Brian May stating, “We wanted to get the crowds waving and singing. It’s very unifying and positive.” Musically, it is based on Mercury’s piano part, with Roger Taylor and John Deacon providing a drums and bass guitar backing. May overdubbed some guitar sections, initially subtle, but building to a “solo” played simultaneously with the last chorus. Mercury employed many jazz chords (major and minor 6th, 7th, 9th, 11th and 13th harmonies), and the choruses featured these voiced as 4 and 5-part vocal harmonies. The lead vocal is very demanding and strident (highest point is a C5 both belted and in falsetto), with one of Mercury’s most notable performances taking place at the Live Aid concert, at Wembley Stadium, London in 1985. The single featured “We Will Rock You” as a B-side, and followed the song on the album. The two songs were often played consecutively at the close of Queen concerts, and are customarily played together on radio broadcasts (in album order). Keeping with tradition, it was also used to close the 1992 Freddie Mercury Tribute Concert with all the show’s acts joining in behind the lead vocal of Liza Minnelli.

In 1977–1978, “We Are the Champions” was released as a single in many countries, reaching number 2 on the UK Singles Chart, number 4 on Billboard in the USA and rteached the top 10 in Ireland, Netherlands and Norway. The single also reached the top 15 in Germany, Austria and Sweden.

In 2017 for celebrating the 40th anniversary of News of the World, the RSD Blackfriday issue is a limited 12″ edition of this single in 180-gram vinyl. This release features an exclusive cover and tracks remastered by Bob Ludwig in 2011.

GERMANY: 77 issue VS 81 issue; FRANCE: We Will Rock You printed on front. 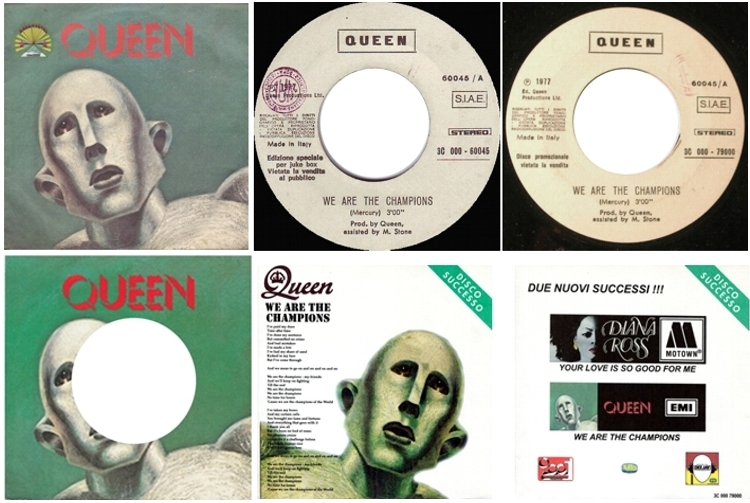 PORTUGAL: front and back; HUNGARY 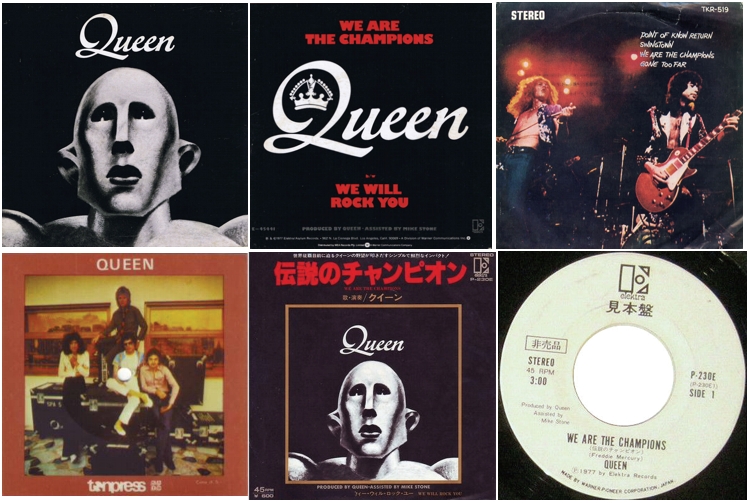 USA: promo, front and back plus the various labels 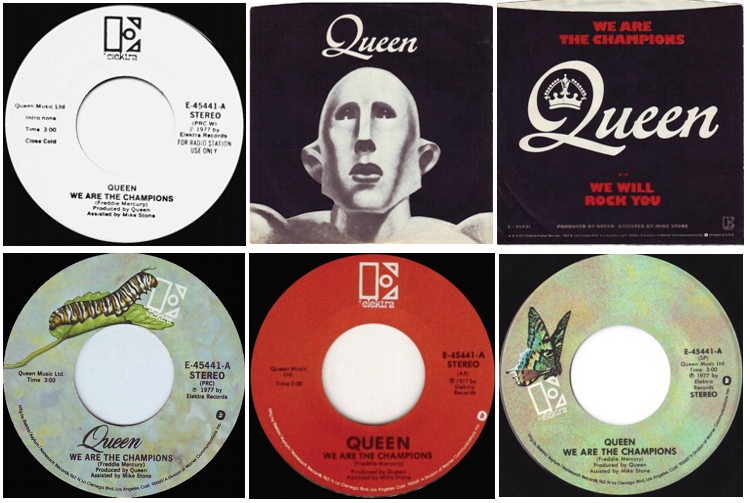