Written by bassist John Deacon and taken from the album News Of the World, it was released as the A side of the single Spread Your Wings/Sheer Heart Attack in 1978. It features Freddie Mercury on the piano and vocals, Brian May on the electric guitar, Roger Taylor on the drums and John Deacon on the bass guitar. A live version of the song appears in the band’s 1979 album Live Killers. The song peaked at number 34 in the UK chart. A live BBC radio session recording features a unique speeded-up final section of the song.

The song is in 4/4 meter, and begins with a simple piano motif in D major, modulating down to D’s relative key B minor in the bridge, and returning to D in the chorus. The lyrics of the song describe a troubled young man named Sammy who works at The Emerald Bar, sweeping the floor. The narrator (Freddie Mercury) of the song encourages Sammy to pursue his dreams, telling him to “spread your wings and fly away”.

“Spread Your Wings” was not released as a single in North America. It was, however, featured as a B-side to Queen’s 1980 hit, “Crazy Little Thing Called Love” (#1 US chart).

This song was covered by German power metal band Blind Guardian on their 1992 album “Somewhere Far Beyond”. The same recording reappeared on their 1996 album The Forgotten Tales.

UK: standard release. In many country there’s some difference in the back and/or the front PS. I’ll try to show you all! :) If something missing or wrong, please contact me at alessandro.carugini@libero.it 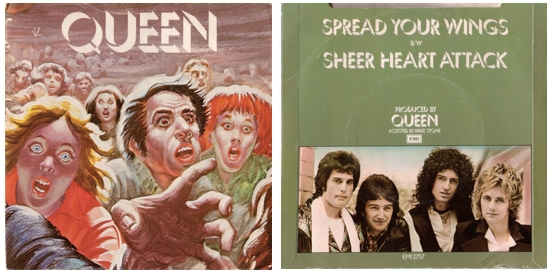 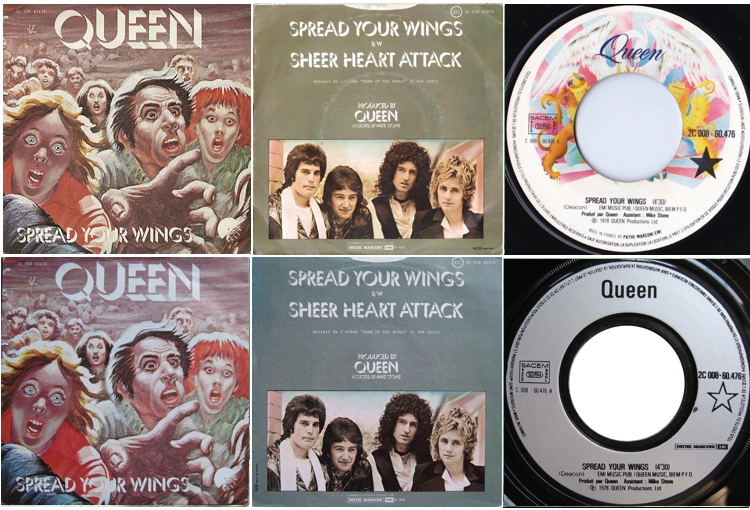