It’s Late is a song written by Queen guitarist Brian May and performed by the band for their 1977 album News of the World. The song was May’s idea of treating a song as a three-act theatrical play, and the verses are called “acts” in the lyrics sheet. It makes use of the tapping technique a few months before Eddie Van Halen’s use of the tapping technique on the Van Halen album. May told Guitar Player Magazine that his use of the tapping technique was inspired by Texas guitarist Rocky Athas, after seeing one of his performances at Mother Blues, a Dallas club. Tapping had also been previously used by other players, notably Steve Hackett of Genesis. The song is notable for its length and heavy, wide vocal range (E3-E6), bluesy guitar riff, and using the previously mentioned technique. The lyrics describe a love affair that is on the verge of ending.

The song was released as a single in the US in 1978, albeit in heavily edited form, and peaked at #74 on the U.S. Billboard Hot 100 and #66 on the Cash Box Top 100. The song was later included on the Queen Rocks compilation in 1997, and a new video was produced using footage of Las Vegas and prostitutes, intercut with live performances of the song.

The song appears in the 2006 documentary film Kurt Cobain: About a Son. The song also plays over the credits in the Jody Hill film Observe and Report. On the live album Return of the Champions by Queen + Paul Rodgers a stripped back version of the song “Hammer to Fall” is played in a fashion that takes inspiration from “It’s Late”.

US: standard release. If something missing or wrong, please contact me at alessandro.carugini@libero.it 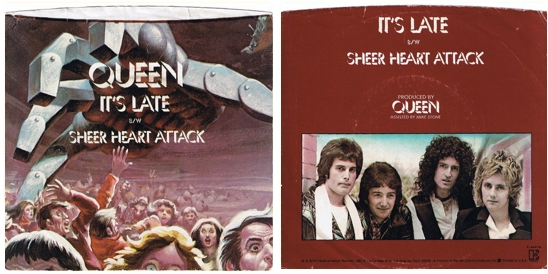 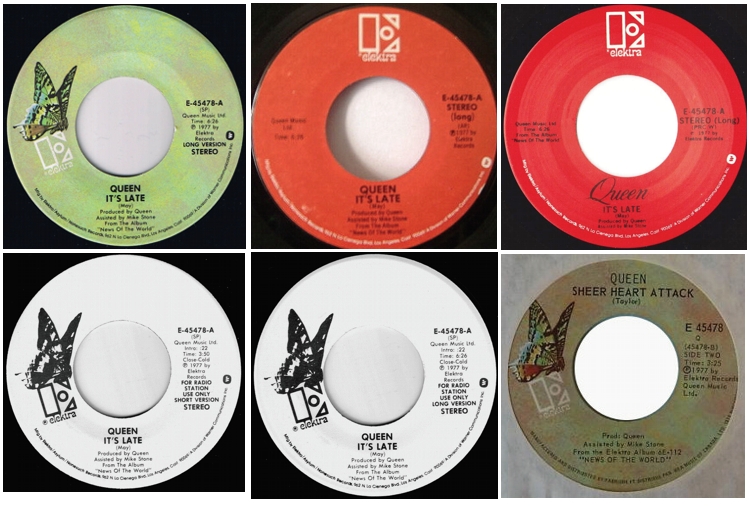 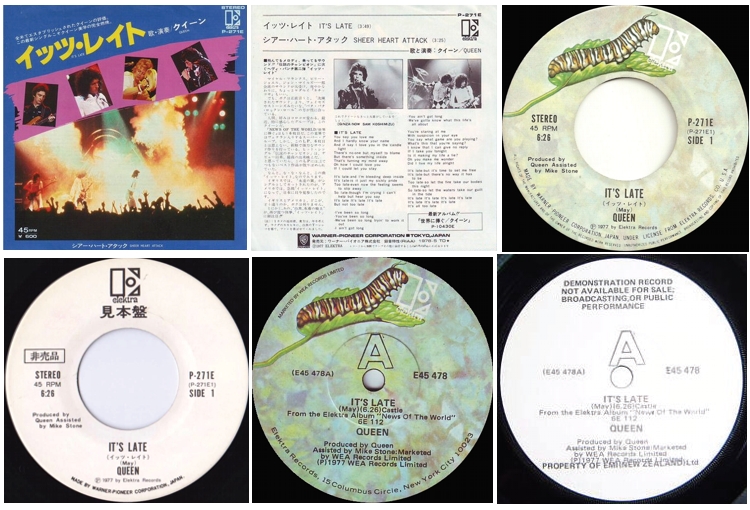