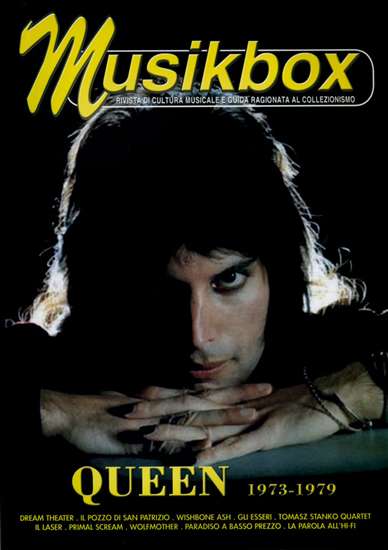 Click HERE to buy this number of the magazine directly to MusikBox!

The story of Queen form the foundation to the release of the 1973 self titled album, from the success of Bohemian Rhapsody in 1975 to the concert at the Hammersmith Odeon in1979

I started collecting the Queen in 1989 when, for the first time, I bought their own music cassette … Thanks to my group’s knowledge and to my previous “occupation” in the music world, a collaboration with MusikBox was born that resulted in this number.

The initial project provided a trilogy, but for now … let’s get this done!

Click HERE to buy this number of the magazine directly to MusikBox!